Greetings! Thank you all for your kind words. Now that I have taken a bit of a break, I feel more energized to translate and will continue with TPR, albeit slowly. I am also in the process of doing a second edit with AA to rework bad sentences and typoes. Since I’ve been using a new MTL-translator, I’m also double checking for translation accuracy. So expect to see some subtle changes and not so subtle changes.

In addition, Nano had contacted me with regards to a Spanish edition of AA and kindly volunteered to translate the raws.

Wanting to share my favorite Boys-Love story with friends, I took it upon myself to learn how to MTL and make a site where I could share my interpretation. While originally I only had planned to translate my most favorite book, Assistant Architect, many people encouraged me to work on another and thus, I’ve expanded my efforts.

Since I wanted to make it as easy as possible to read each novel without needing prior knowledge of web-novel lingo or manga/manhwa/manhua culture, and without excessive T/N notes, I translated all honorifics, idioms and pop-cultural references into understandable language to the best of my ability.

I’ve used a total of five MTL translators to work through the text to accurately translate the language as much as it is possible when one is only fluent in English.

I hope you enjoy these books as much as I have. 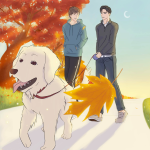